Sold: Selling Outcomes Leading Deals is Xentaurs first book. A small technology consulting start-up, started two years ago, Xentaurs have made a name for themselves in big tech, with their unique outcome-based sales approach. What gets sold has really changed. Take a company like Cisco for example, they had always sold hardware but now with the introduction of cloud-based technology, it’s no longer about selling the nuts and bots, it’s the whole house, and the parts might be sourced from many different places. 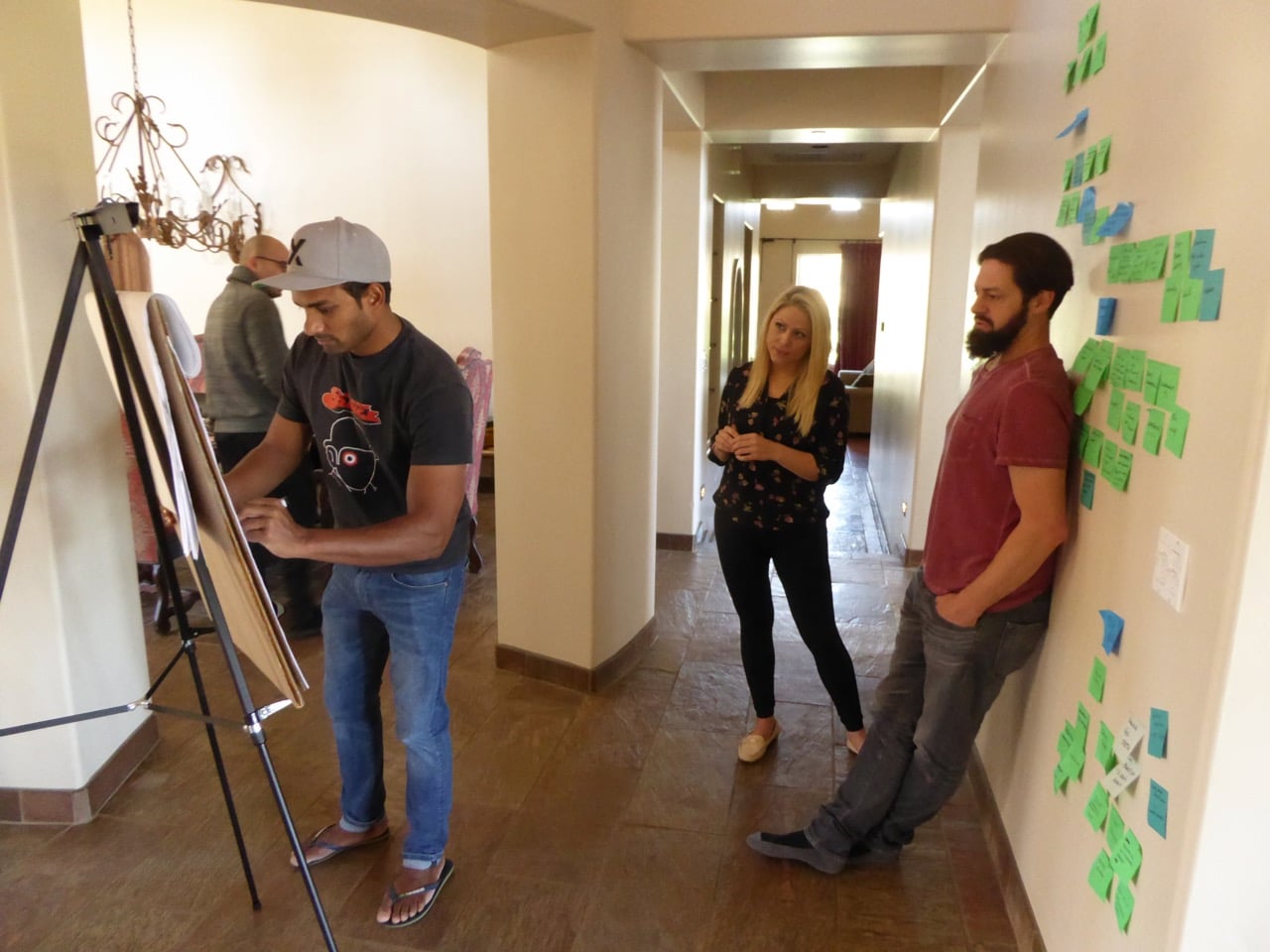 This means that the people doing the selling need much more knowledge and finesse than before. It’s no longer a game of knowing your product and how to pitch it, it’s about building long term relationships with customers and working with them to find the solutions which fit their problems. Enter the consultants; highly skilled sales teams like Xentaurs who pair technical expertise with traditional sales to help customers navigate this world of options and solve their technical problems. This kind of sales involve a lot of strategy, trust-building and what Xentaurs call “sales judo”. 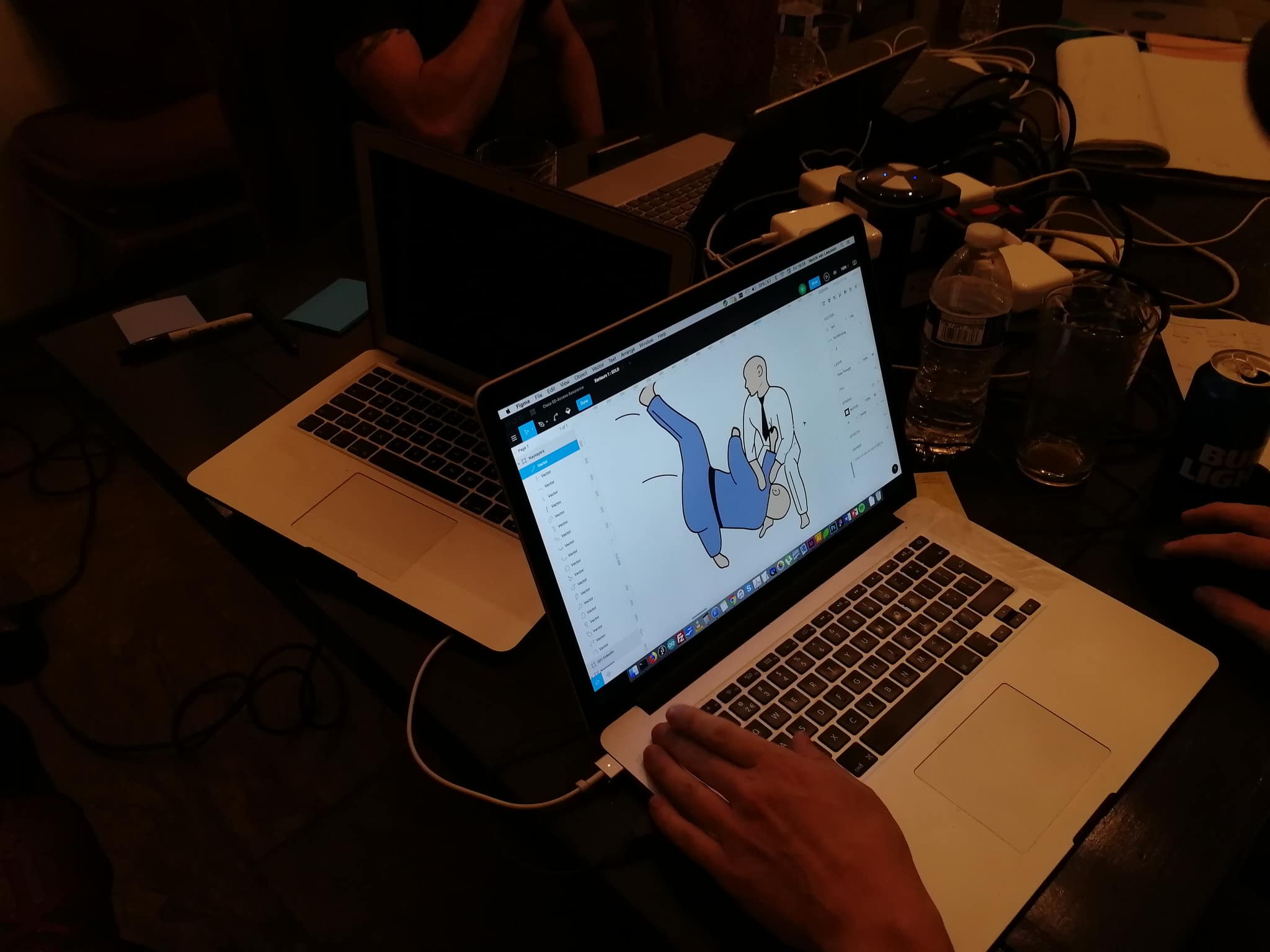 Xentaurs decided to do a Book Sprint because they are busy people and they don’t have the time to write that book over time. Hiring someone else to do the writing would inevitably fail because they are still building everything they know and in this way the Sprint became to a way for them to reflect as a group on how and why their methodology works and how different people inthe team make it their own. So we met with 6 of them from their executive team including their CEO, CTO and Strategy Lead in one of their busiest times of the year, Q4. But somehow despite their ongoing and boundless nature of their work, they managed to come together and focus for the 5 days it takes to write a book our way. 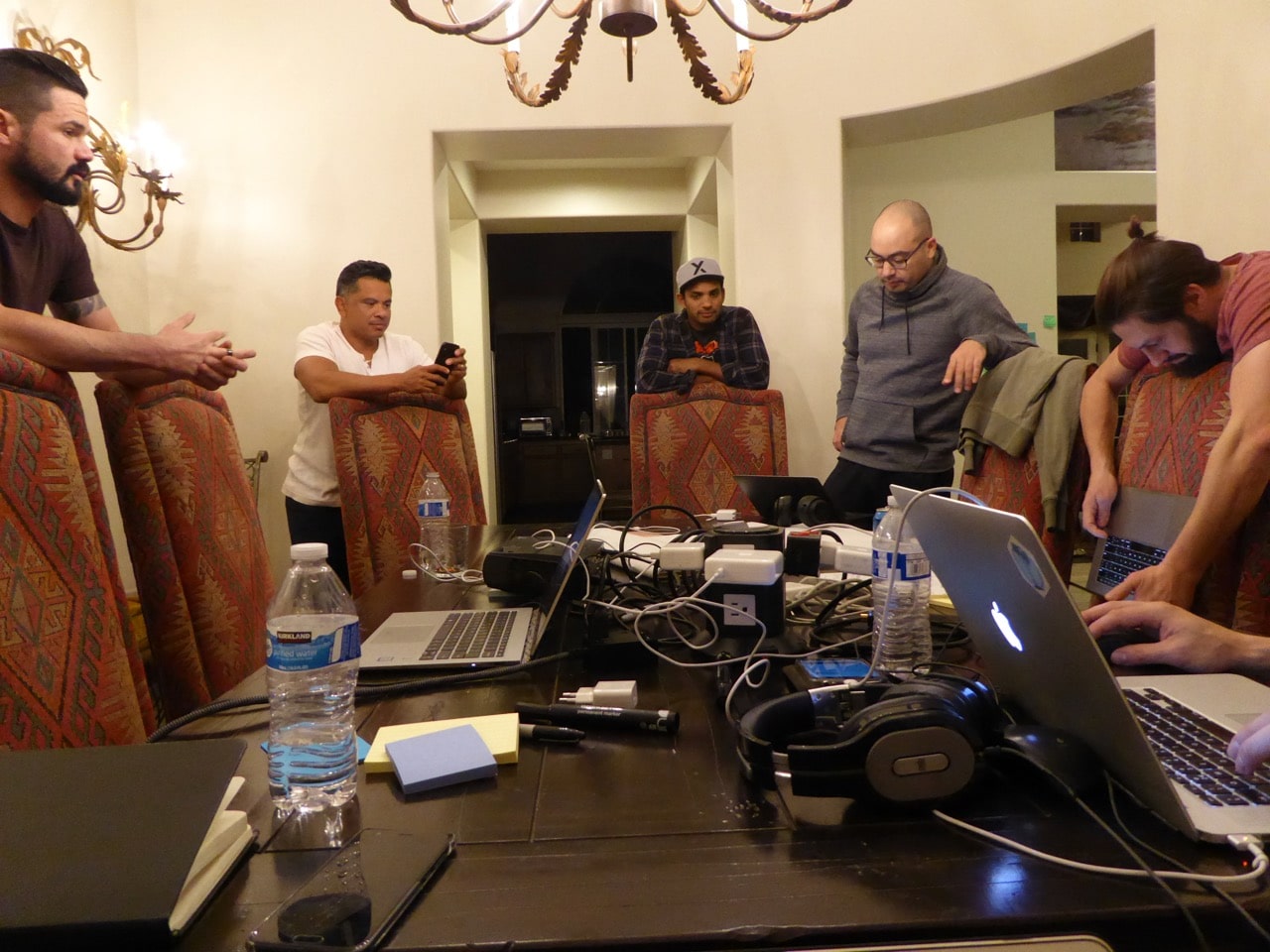 In the end they got a book but they also walked away with new insights on their company and their team. Book Sprints can be incredibly stressful. The deadline creates a sense of urgency and the book itself functions as a gauge of value. In addition everyone is working 12 hour days. Nerves start fraying, frustration levels increase and people confront parts of their personality than they might not on a typical day in the office. A Book Sprint when run with a team like this, functions as a drill on how cohesive the team is. Do they support each other, do they find solutions together, or turn on each other? Who pushes their agenda, who mediates? Who is productive under pressure, who gets overwhelmed and retreats? Who leads? Who blocks? As one participant remarked at the end, “it was a bit like a psychological experiment”. If there was someone grading them in this experiment though, the one thing that stands out is how they were able to keep up their laughter and sense of fun throughout it all. 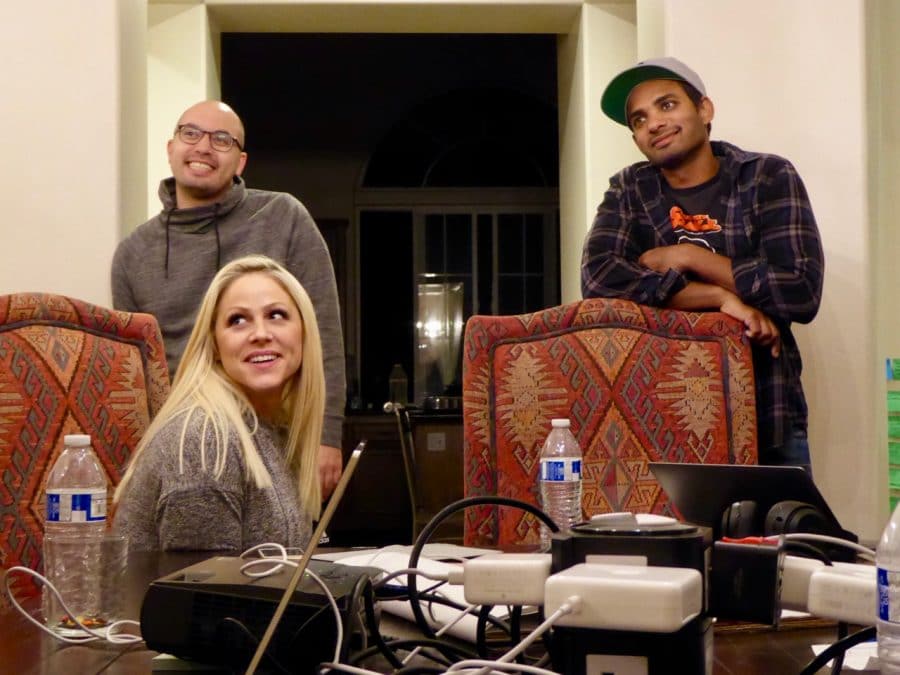 Even though there were moments on Day 3 (always the toughest!) where participants vowed they would never do a Book Sprint again, everyone emerged on the last day with a smile. In the last hours, as the final illustrations got tweaked and debates continued over whether a white or purple cover conveys the message of the book better, the predominant sentiment was a great sense of achievement of having pulled this off as team. And we gave them some t-shirts to prove it! Find all the photos from this Sprint on Flickr 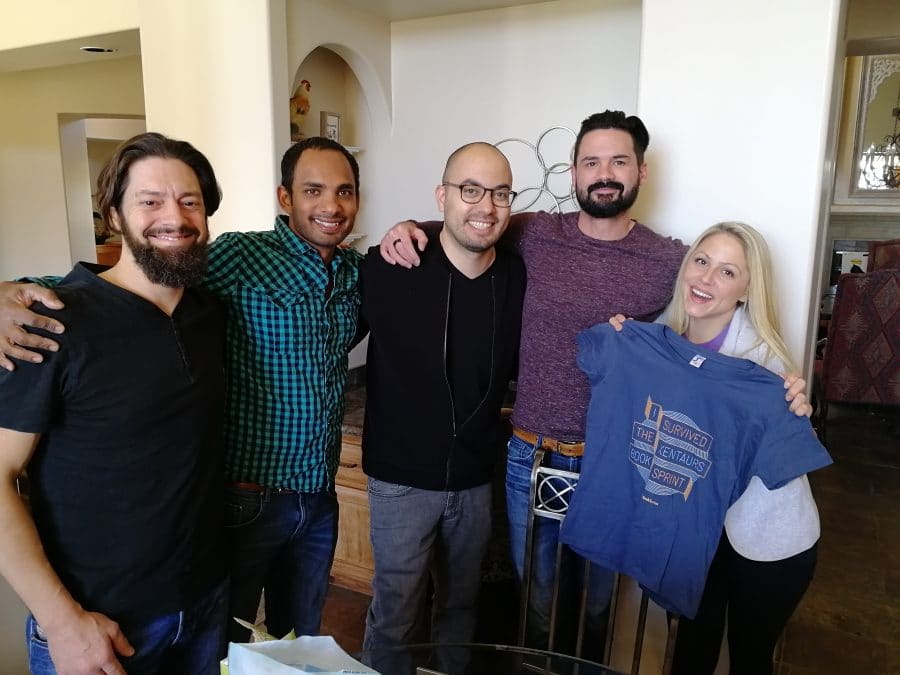