In April we had the pleasure of working once more with a team of experts invited by Power Africa to write the handbook “Understanding Power Transmission Financing”.  Power Africa’s Understanding Series are policy handbooks for procuring and financing energy projects in Subsaharan Africa, initiated by the Commercial Law Development Program (CLDP) in the U.S. Department of Commerce.

This was their sixth Book Sprint, and the first to be fully virtual. The first Book Sprint for the series took place in 2014, followed by another three in the following years. The fifth was an Update Sprint in 2019, to update and produce a second edition of the first book in the series. Find more about the Understanding Series Book Sprints here. 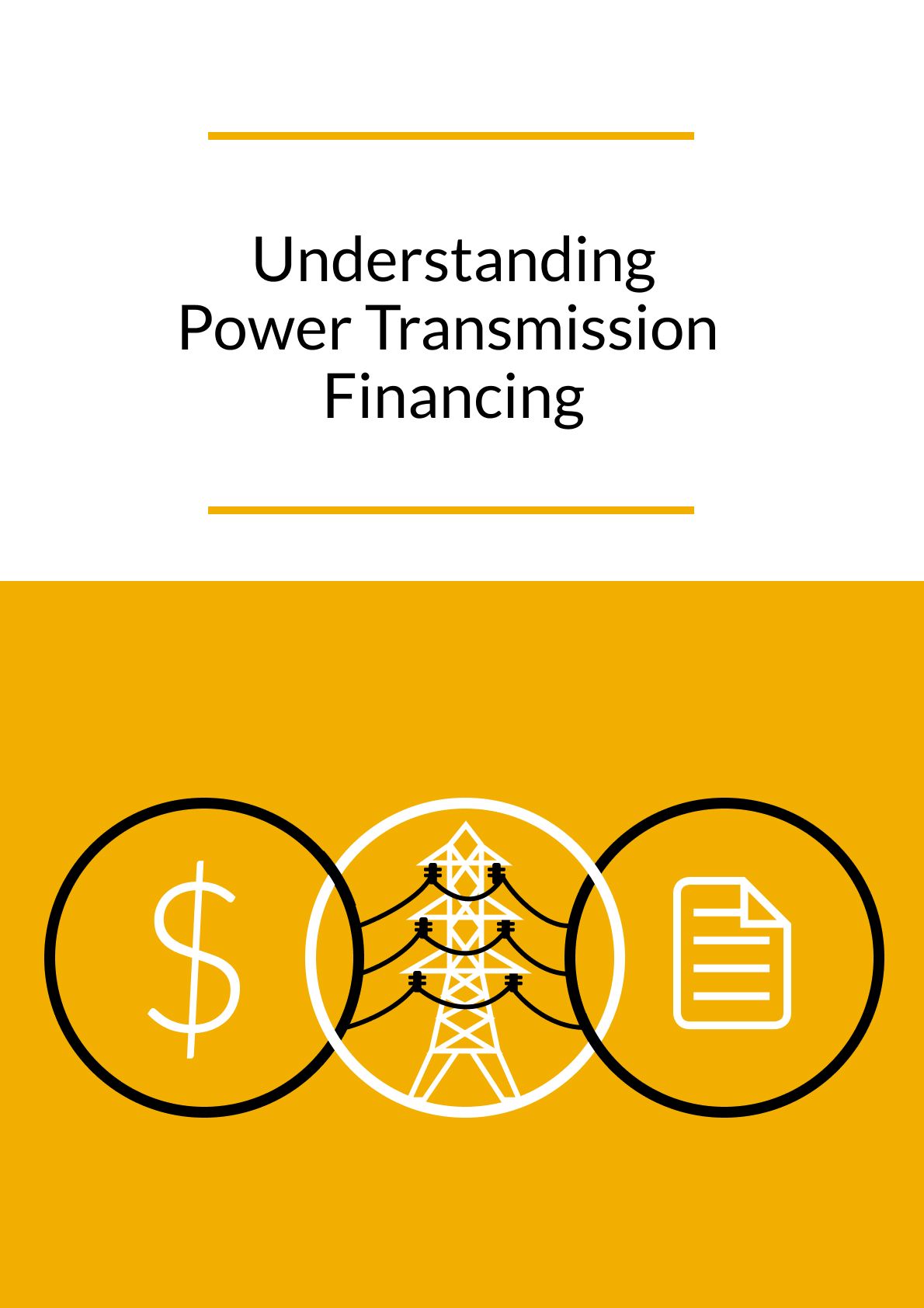 For the latest book, 12 participants came together, from lawyers to engineers and government consultants. About half of them had already participated in the previous onsite Book Sprint, and the other half were new to the method. They gathered online during ten days from Ivory Coast, Ghana, South Africa, Uganda, UK, and the US East Coast.

The book has been long awaited

The book has been awaited as the topic is pressing for governments that want to attract private investment for energy transmission. The book provides consolidated, practical knowledge that has not yet been covered in literature. There are very few examples of private investment in Subsaharan Africa, and some in Asia and Latin America.

The authors are confident that the book will be extremely useful to cover this gap in the sector. From their reactions on social media, we got a good idea of how much their peers are looking forward to this content. Author Christopher Flavin wrote after the Book Sprint:

I’m proud to have been involved in writing this book alongside a great group of authors. The transmission networks of Africa are massively under-invested and to date, there has been very little involvement from private sector investors. Solving this challenge is vital to expand energy access, drive economic growth, and to support the energy transition to renewable energy. Hopefully this book can make a contribution in this area. I look forward to seeing it in print later this year. 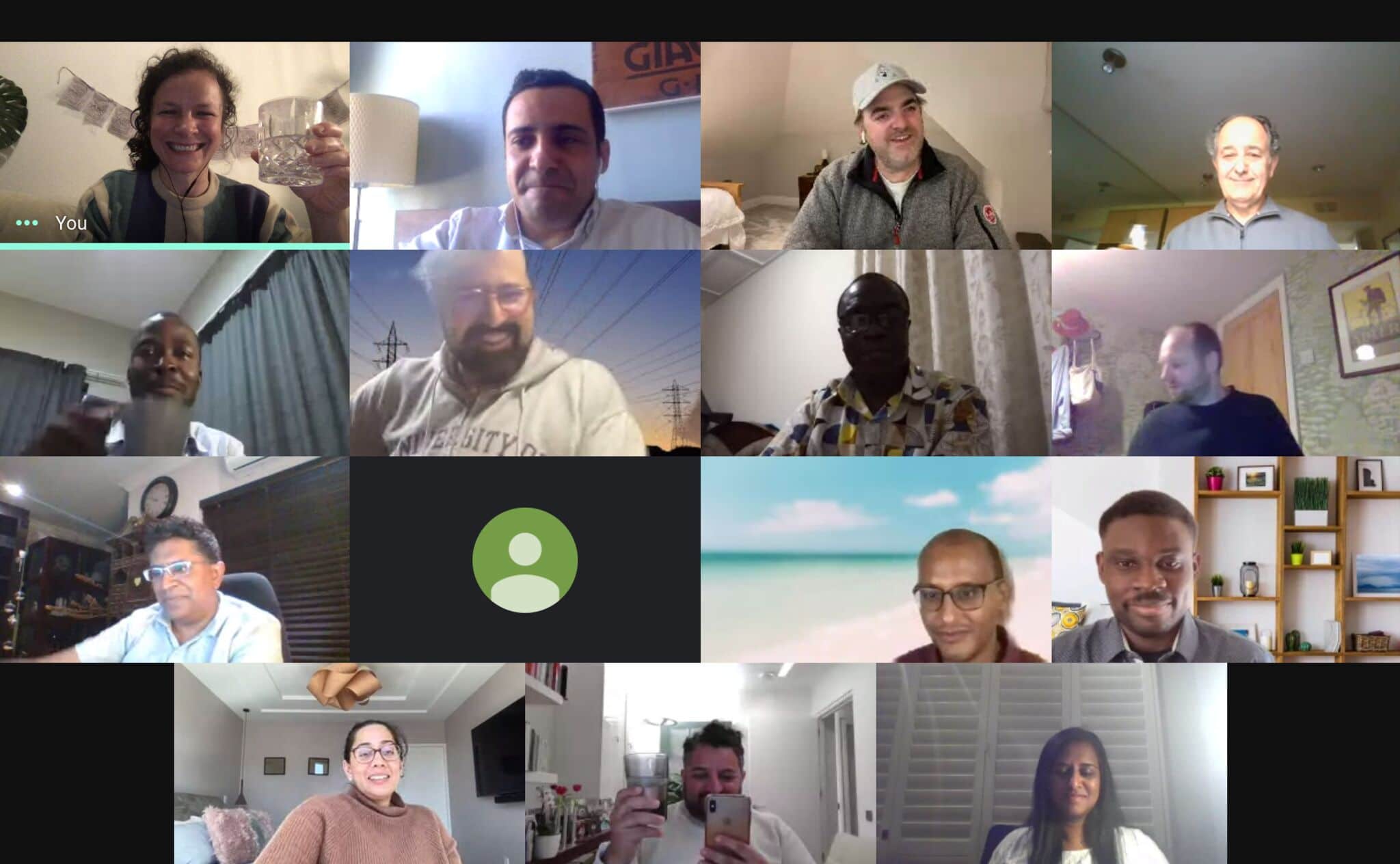 The authors celebrate the conclusion of the Book Sprint with a virtual toast!

Since there is little written on the topic and no shared understanding of best practices yet, the topic required debate and knowledge exchange on the different available funding options and business models. In the words of author Kaushik Ray:

Electrifying sub-Saharan Africa is one of the surest methods to lift millions out of poverty and encourage long-term and sustainable development. With this in mind, we have written a practical and considered guide as to how transmission infrastructure can be financed, particularly where cash-strapped governments may be unable or unwilling to incur additional public debt to do so. The handbook will be out very soon and will be free to read.

The Understanding Series handbooks seek to educate on the implications of different options rather than making prescriptive statements. However, there were strong preferences in the group for some models over others, and the focus of the book was a topic of much debate. The book discusses four different business models for private investment, but also shows what other funding structures are utilized on the African continent. It also explains all the relevant aspects to consider: Funding sources, risks, land acquisition being some of them.

The lack of practical examples and reference made this handbook especially hard to write, compared to earlier volumes in the series. Nonetheless, with more than 250 pages it turned out to be the longest book so far in the Understanding Series!

The book is to be launched at several conferences from June onwards, to be printed and distributed freely later this year. We will share it as soon as possible!