A group of nine educators from so-called ‘Changemaker Schools’ got together to share best practices from their classrooms. They used the time to figure out what was unique about the educational environments created at their schools, and to describe these in a resource for other educators. The Book Sprint with this group from Ashoka generated the book Changemakers: Educating with Purpose. 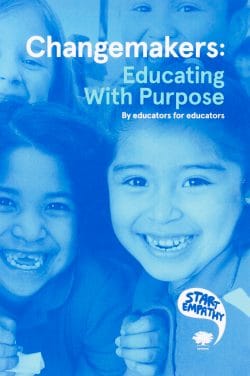 A changemaker, as defined by the Ashoka Foundation, is  “someone who has both the will and the skill to make positive change and who puts empathy in action for the good of all”. As such, Changemaker Schools are those where changemaking, empathy and collaboration are prioritised. The Ashoka Foundation came to this term after years of working with social entrepreneurs and realising that for most of these individuals their education had been key to their choice of career path. Asking the question, “How do we cultivate more of these kind of people in the world?” Ashoka decided to foster the right environment for growth in schools. 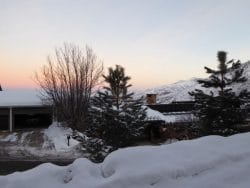 The Book Sprint was a unique one. Everyone was highly passionate about their work, self-aware and very open to collaboration. The organisers booked a house in a quiet snowed-in neighbourhood outside of Salt Lake City. Over the course of four days the group and the facilitator created an autonomous community, sharing rooms and cooking and cleaning together, while they tried to understand what makes a changemaker school and what other schools could do to become changemaker schools.

As Sammy Lyon, an educator who helps children learn about sustainable environmental practices wrote in their blog about the Book Sprints process: “A lot of our ideas have focused on school culture: what does a changemaker school look and feel like the minute you step onto campus? So many of our schools share those same threads — people walk in and immediately feel ‘Oh, there’s something different here’. We all clearly work very hard to create that feeling in our schools, but is there really a ‘recipe’?”

The Book Sprint was also very challenging because it was trying to put into words what for most of the group had really just been an intuitive set of practices that had evolved over time. It was a perfect example of what we at Book Sprints call a ‘generative sprint’. While the group was certainly documenting practices, more importantly they were building a concept and a theory together, based on all their various experiences and expertise.

Changemakers: Educating with Purpose has since been published on Amazon and is used as a reference guide by educators all over the world.

As is often the case with Sprints, the experience of the process for each participant is an even more surprising outcome than the fact that there is a book at the end.  “[We] have had probably the most unique, transformative collaboration experience we will ever have,” writes Sammy on their blog. “Every single person in that house was a brilliant, passionate changemaker committed to creating community, sharing ideas and working hard. Not one person gave up in this seemingly impossible challenge we undertook together — perfect strangers writing, eating, sleeping, having breakdowns and breakthroughs together to write a book.”