The latest Cisco handbook produced in a virtual Book Sprint is designed, laid out and ready to go. The book provides a comprehensive overview of Cisco Intersight, as defined by the authors in the introduction of the book, “a cloud operations platform that delivers intelligent visualization, optimization, and orchestration for applications and infrastructure across multicloud environments.”

This Book Sprint marks our second virtual Sprint with Cisco and an 8-year relationship with the company, having run about 25 onsite Sprints at their various campuses in the US. This Sprint stands out as a result of a mature relationship between us, after getting to know each other over the years and learning how best to work together. 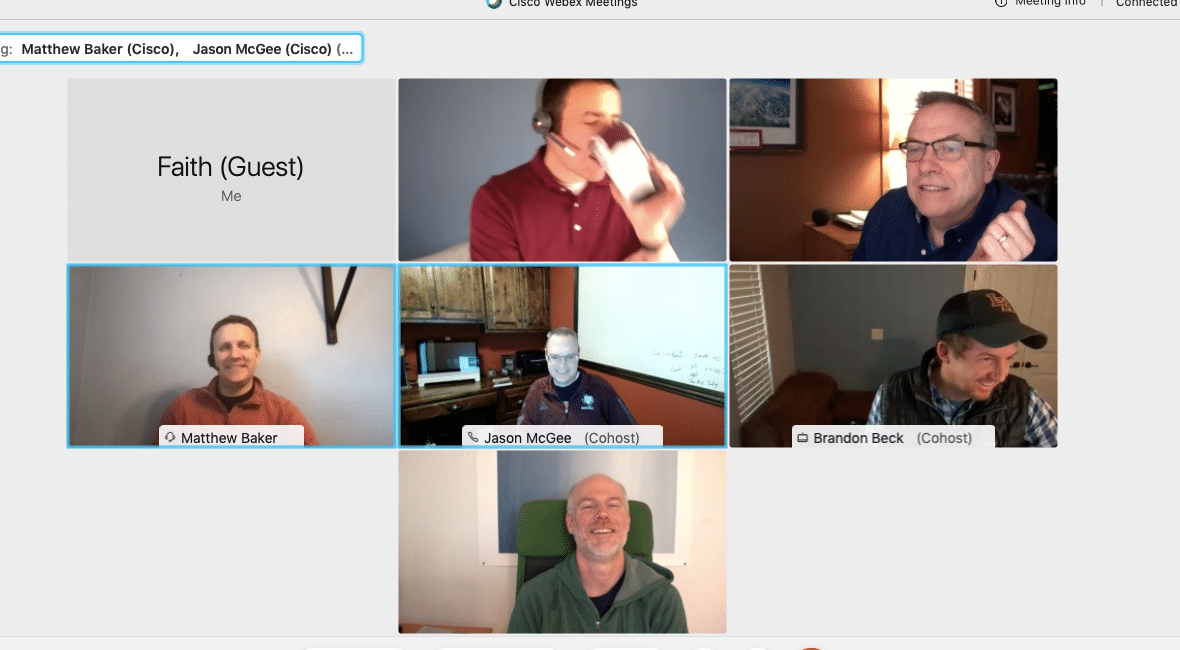 Cisco’s authors during a plenary session

Writing this book was long overdue says organizer and Principal Architect, Jason McGee as the cloud operations Intersight platform has been around for a number of years. Although there is a user guide, and much documentation created along the way, this handbook goes much further, functioning as a technical sales manual. Written primarily for a technical director in an organization, it explores the vision of Cisco Intersight and the guiding principles which have been used to build the platform, as well as sharing best practices and use cases, to help the reader find their organization in the book and figure out their next steps.

The role of the organiser

We often talk about the importance of the role of Sprint organizer. An organizer who understands and trusts the process well, and leads by example can be a huge bonus for the Sprint. In this case, Jason had very recently been a participant on a Virtual Sprint on Cisco Hybrid Cloud Data Centers in December and clearly learned a lot about what kinds of conditions make for a smooth experience. He took the steps to assemble a good team and set the writers expectations beforehand. This meant that everyone’s calendars were cleared and they were focused on the Sprint, not jumping in and out of multiple calls all week which can be very disruptive to the process. He also seemed to select people who had great experience and skills in collaboration. Everyone worked really well together and had minimal disagreements. Those that did occur were handled with respect.

Compliments from our book production team

The writing, according to our editors, was also of a very high standard. They were very impressed by the quality that was already produced in the first draft at the end of the first week. Often our experience is that the content from the first draft changes a lot, gets re-written and re-arranged a few times, because the writers are still going through the messy process of figuring out what they want to say and in which order to say it. But in this Sprint the content outline from Day 1 matched the final product and the writers were most of the time very clear on where they were going and how to get there. And even more astounding from our perspective was that 7 authors managed to write a 409 page book (around 50 000 words!).

The team at Cisco are in the process of organizing printing and also planning to make it available as an epub online. We look forward to see the book out there and hear about the users’s feedbacks!