In the heat of summer in Detroit, six authors sat in a downtown hotel conference room looking out over the city, and musing on the digital today. Headed by Lisa Nakamura from Michigan University, The Digital Inquiry, Speculation, Collaboration, & Optimism Network (DISCO) is a group of six technology, race, and disability experts. Through this collaborative project over three years the group aim to gather, publish and host fellowships, focused on envisioning anti-racist + anti-ableist digital future.

The group have been meeting together regularly on zoom calls but the Book Jam (as the group renamed the event) was their first official, in-person event together. The five days together were as much a process for the group of figuring out who they are together, and what collaboration looks like for them, as it was about actually producing a text at the end.

On the first day, they decided they wanted to resist the speed demanded by a normal Book Sprint (and the internet) and embrace a non-linear structure, giving readers the experience of interacting with the content in much the same way one might browsing online.

The authors explain in their own words:

Writing this book went against the grain for us in so many ways: it’s an optimistic project about technology written by some scholars who have built their whole careers critiquing technology’s racism and ableism. It’s a non-linear book written by people whose other books have won awards for their cohesive and carefully crafted arguments. We constructed this book in five days rather than the five or more years we all put into our solo individual books or shows. We put in twelve-hour days together in a hotel room to argue that slowness is a vital value in technology use and research. We spent almost as much time wrangling over the form of this work and who we thought its audience was as we did writing it. We tried very hard to make this work, going against the respectability politics of academe that wants to hinder creative possibilities, by committing to a clear and coherent thesis throughout. 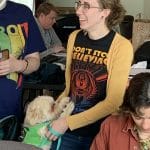 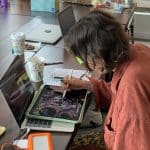 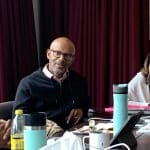 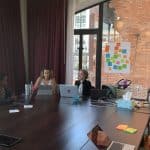 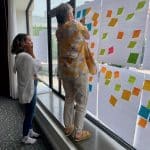 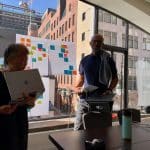